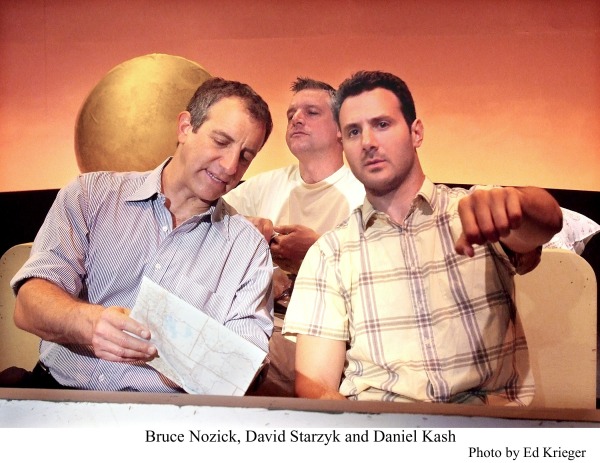 Hirsch’s play opens with Paul (Bruce Nozick) reluctantly getting ready for his high school friend’s memorial service. Once he throws his tie away and yells that he is not going, a play unfolds that travels back and forth through Paul’s life tracing his friendship with the deceased Gary (Daniel Kash), revealing cracks and flaws and answers to many of Paul’s distressed questions. The content is very real, the story very familiar to anyone years beyond high school and it is told in a very convincing, realistic way.

Without a flaw in the cast, each character comes to life and could easily be someone you know. Kash’s performance as the dying Gary is so convincing you almost want to jump out of your seat and help him. Kash’s ability to be true to the character throughout the various stages of his life takes immense strength and talent.  Nissa (Mandy June Turpin), who is distraught and yet relieved by her husband’s passing, is played to heartbreaking and realistic nuance. Her facial expressions and movement fill in what the dialogue leaves up for speculation. Her performance is easily matched by that of Nozick, whose Paul is angry, sad and confused by Gary’s passing. He is at a point in his life where he is no longer sure of anything. The entire cast is stellar and more importantly truthful. They make fabulous choices in presenting the teenage versions of themselves as well as the present day, grown-up and worn out versions of themselves. Their soul searching performances evoke audible reactions from the audience, upset, surprised or embarrassed for the characters by the situations they are in. The ability to do this is an extreme talent. 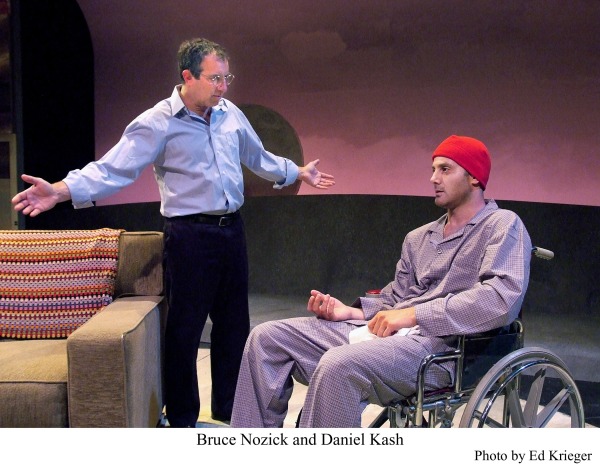 The cast is very experienced and they work well together. Because of this the theatre disappears and it is as if you are peaking in on an actual man’s life, which is an effect extremely hard to do in live theatre. The direction of this production has a lot to do with this achieved effect. Director Darin Anthony was with this piece from early on and the heart he must have for the material shines through in this production. Every part of the presentation fits the piece perfectly.

Now, to remain true to my tactics I would usually put in a few comments on how this show could improve, but honestly with it only being the second week of a month long run I think this production will grow by itself. Any tweaking that shall be done I will leave up to Hirsch and Anthony. This might very well by my favorite new work that I have seen this year and that is a big statement. If you have any chance to head over to The Odyssey Theatre before June 24th then by all means do it, I have a feeling that you will thoroughly enjoy this piece.

One comment on “Perhaps the Best New Work of the Year: “The Closeness of the Horizon””